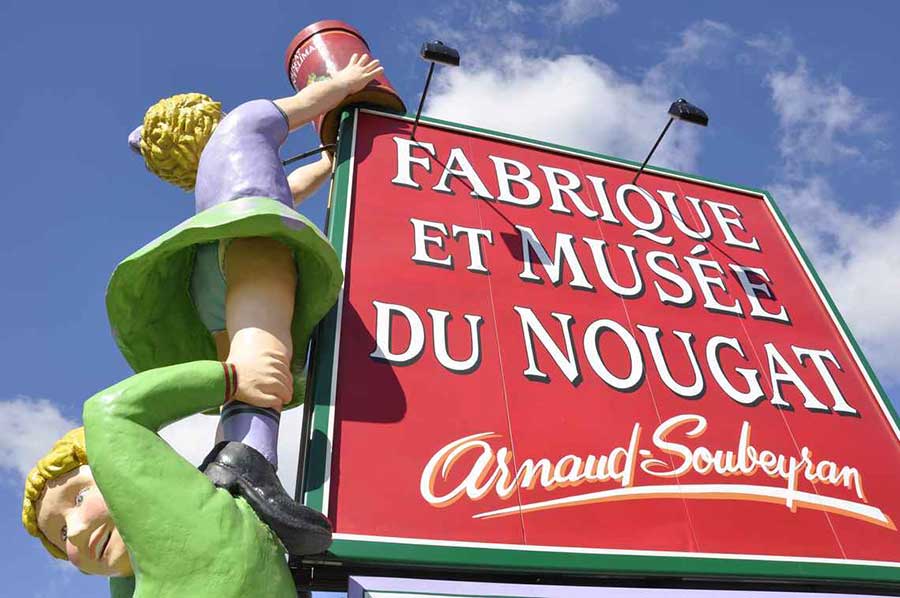 Montélimar and its famous nougats

Montélimar is well known for its traditional nougat making.

The Montélimar nougat, gourmet Provençale, is one of thirteen desserts traditionally offered at the Christmas Eve dinner.

The nougat appeared in Montélimar towards the second half of the 17th century in the form of a walnut cake: the "nux gatum" or "nougo", then the nut was replaced in favor of the almond. Agronomist Olivier de Serres introduced almond trees in France at that time.

Arnaud Soubeyran is the oldest nougat factory at Montélimar. Since 1837, we have been cooking the nougat in cauldrons on a craft process to develop a full range of honey and almonds flavours.

Visit the museum and the factory Arnaud Soubeyran

See all the activities

For the
groups / events