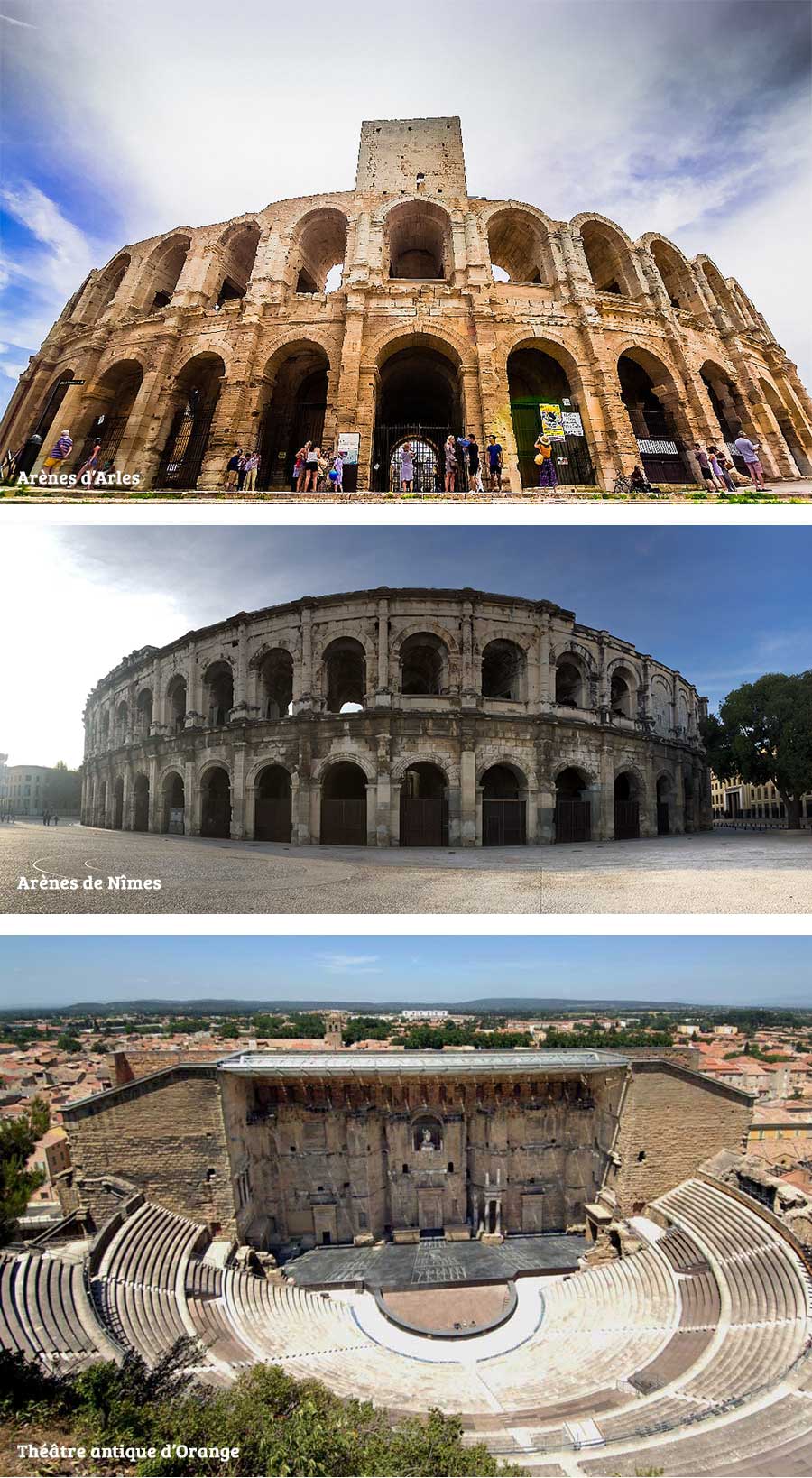 The Arenas of the big cities of the south

After Rome, here is Arles the Roman heritage monuments of Arles are unique, they appear on every street corner, amphitheater, Roman theater…
With 25,000 spectators, the amphitheater in Arles has seen gladiators clash for more than four centuries.

The Arènes de Nimes, have been a monument dedicated to shows. The Amphitheater of Nîmes is a perfect illustration of the degree of perfection attained by Roman engineers in designing and constructing this type of extremely complex building.
Another decoration in bas-relief, located on one of the pilasters, shows a she-wolf giving milk to two children, Romulus and Remus, the mythical founders of Rome…
The arenas are tourist monuments, but also THE place of eclectic shows: bulls, musical or theater. Nîmes is currently in France a reference in terms of organizing bullfighting shows and enjoys a great dynamic in terms of concerts.
The exceptional acoustics of the arenas make it a scene of choice for great voices. Like the artists: Pavarotti, David Bowie, Elton John ...

Located in the heart of the Rhône Valley, the Roman Theatre of Orange is without doubt one of the finest remnants of the Roman Empire. Exceptional evidence of Ancient Rome and part of the UNESCO World Heritage list, it is the best preserved theatre in Europe.
It owes its fame in particular to its magnificent stage wall, amazingly well-preserved and unique in the Western world. A venue for shows in Roman times, it continues in this role today, to the delight of music lovers the world over.

See all the activities

For the
groups / events